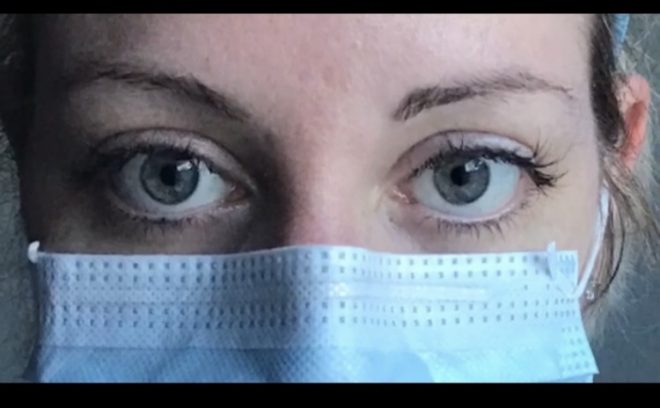 This is a year I never want to forget. The lessons that have been/will be learned, and essentially living through history. I tell my kids that this is a year that they will learn about in school. I remember first hearing about the CoronaVirus (Covid -19) in I think it was January. I wasn’t to concerned about it. I prayed for the people that were being affected in other countries. In March my family got sick. March 1, Hannah started with a slight fever and just overall not feeling well. She was fine the next day. March 2-4 Kyle was sick again fever and just exhausted. March 4- I cant remember I was sick. I honestly thought I had a bad case of the flu. I was in bed the whole week and have never felt that level of exhaustion. I couldn’t roll over to check my phone I was so tired. Towards the end of the illness I had a horrible cough that I could not get rid of. I searched the internet for random ways to help stop a cough while your trying to sleep. I used medicine, vicks vapor rub, I even put onions in my socks. Nothing worked and I was frustrated. Yet again I thought it was just the flu since I had all the flu symptoms with a few extra things, again not really thinking of the virus.

I finally started to feel semi normal around March 10 (I think it was that day) and word of the virus was spreading into America. Still wasnt that worried and just tried to keep living my busy life which means wake up early go to the gym, take the kids back and forth to school etc.  Than the world started shutting down. Virus was spreading quick and no one was quite sure how it was spreading but it was spreading quite quickly. There were rumors of how the virus started (man eating a bat) and nicknames given to virus (Rona, boomer remover.) People from other countries were recording their experiences to try to warn americans it was sad all around.

Nurses and doctors were sending out SOS for more PPE. Having to use the same N95 for the entire week. New York was hit the hardest with the most cases of the virus and New Jersey was close behind. Watching the cases and deaths rise each day was frightening and not going to lie I was getting a little nervous. My husband and I looked at eachother and thought about when we were both sick and march and thought maybe we did have a strain of the virus. Because it wasnt too known then we didnt get tested. 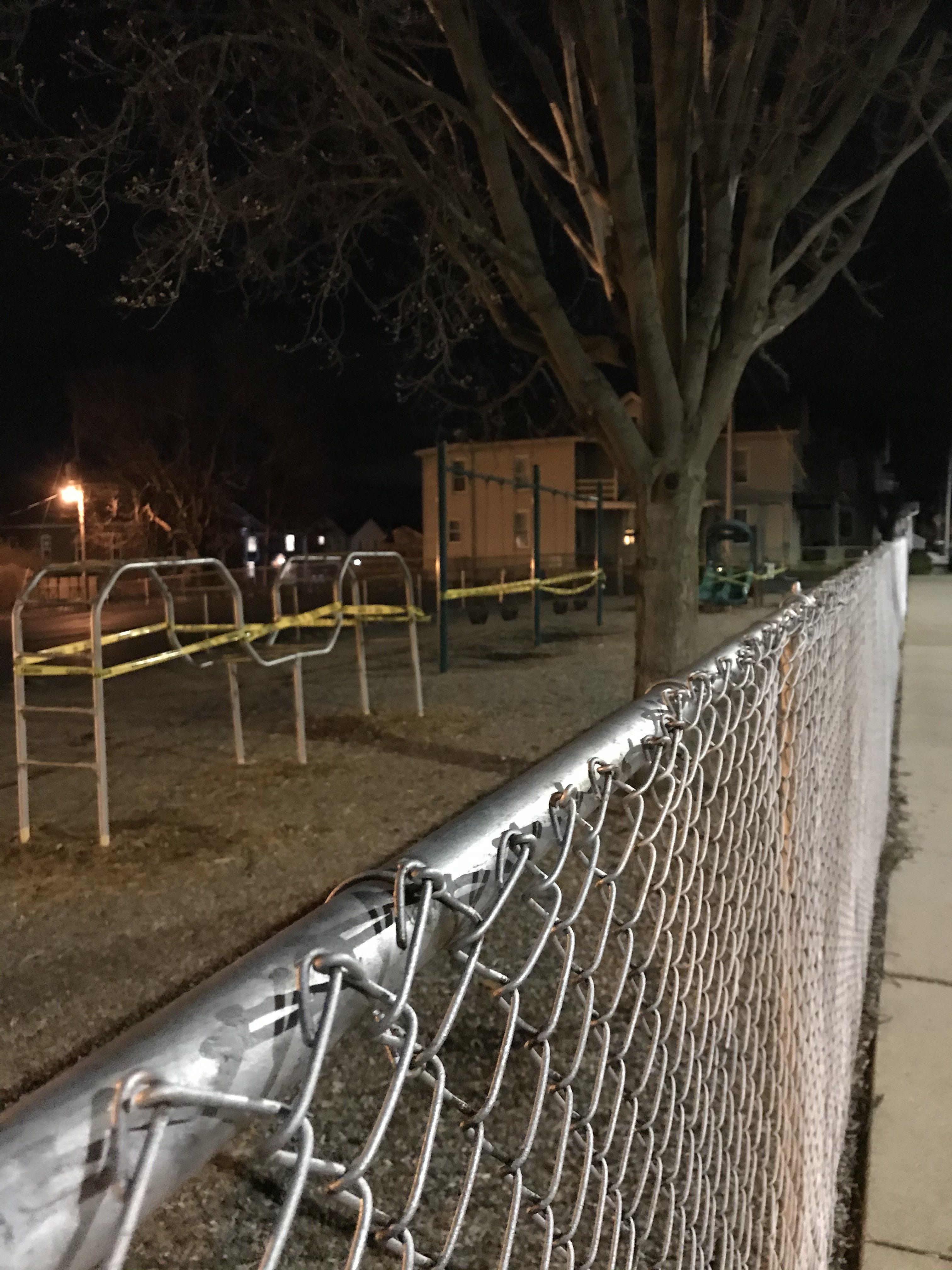 Next thing I know states are literally shutting down. Everything recreational was closed. Gyms, movie theatres,  resturants, sports, hairdresses, Churches, schools, all outdoor eating, even parks were closed. We had to stay inside unless leaving to get “the essentials.” People started to go insane! Toilet paper became a hot commadity. It felt like it was as valuable as gold! 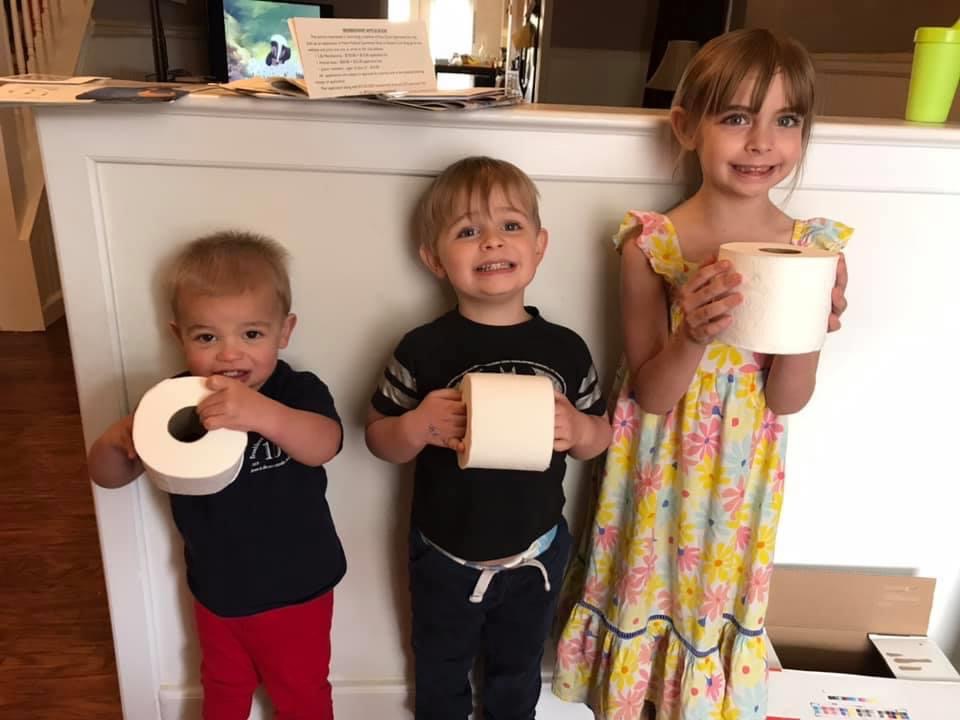 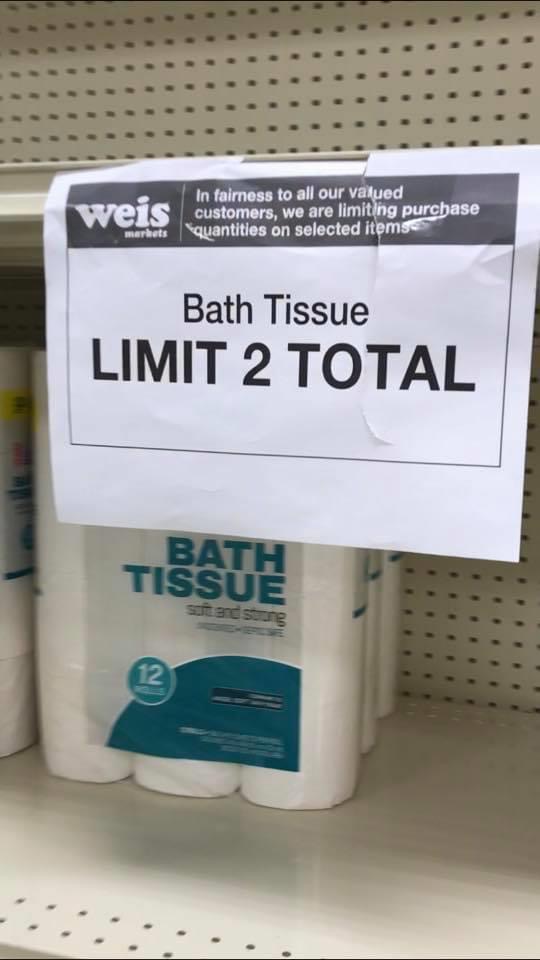 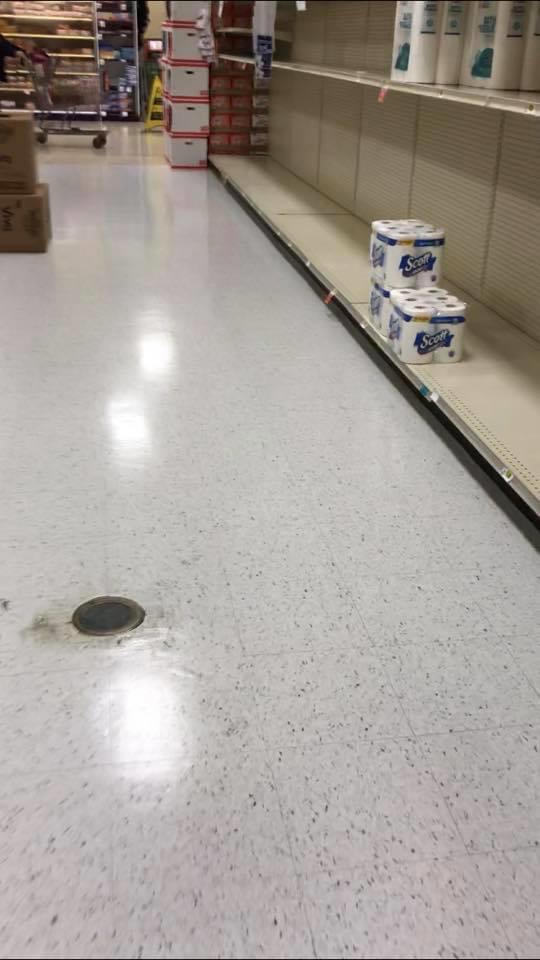 My childrens schools were closed and we had to start “distance learning” like every other kid in the country. I am not a very good teacher my kids can attest to that! Schools were still closed at the end of the year with virtual graduations and saying goodbye to the teachers. It was very sad. I felt bad for both my children since their years got cut short ( Saul first year ever in school, and Hannahs first year in big girl school.) 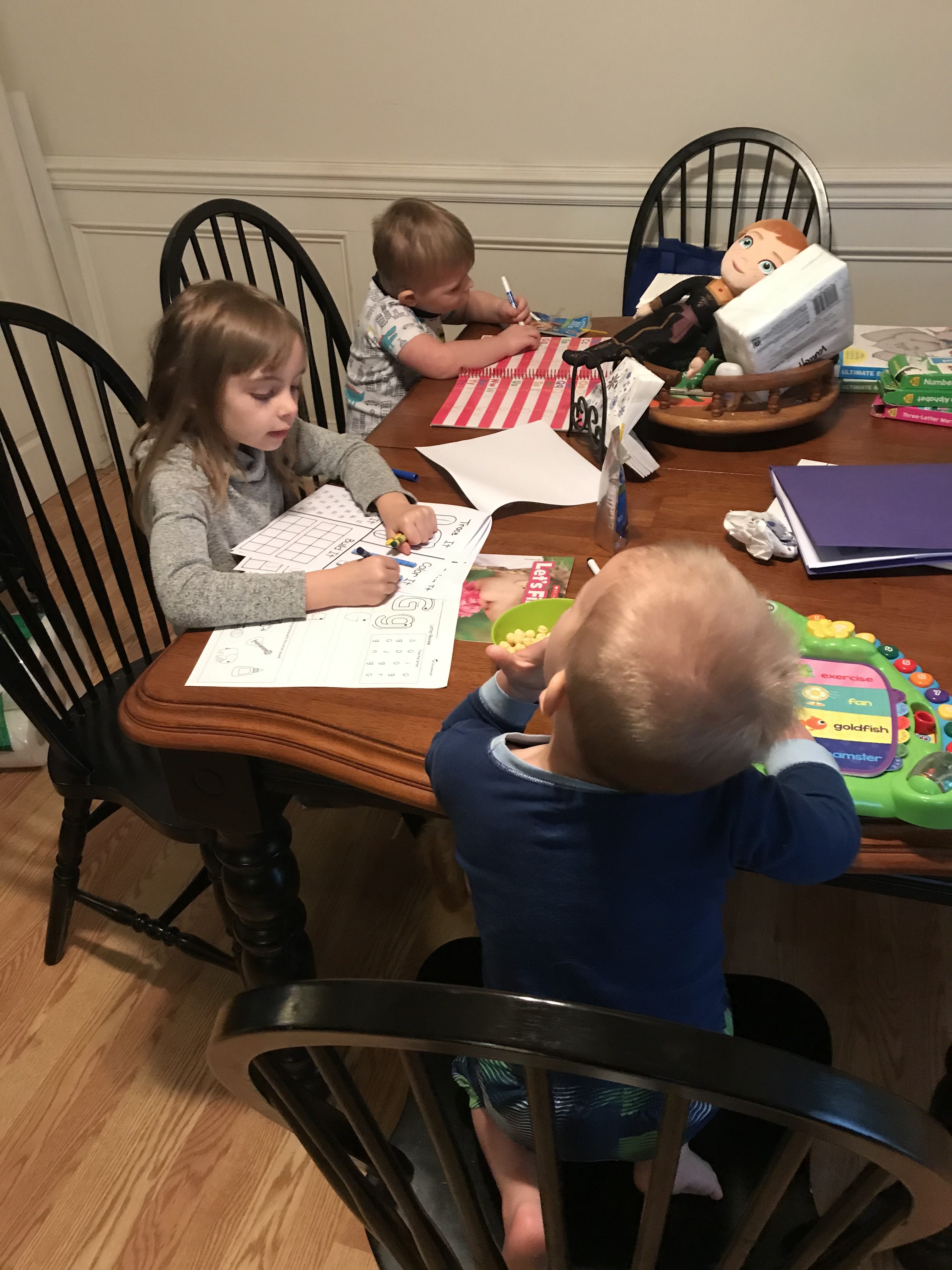 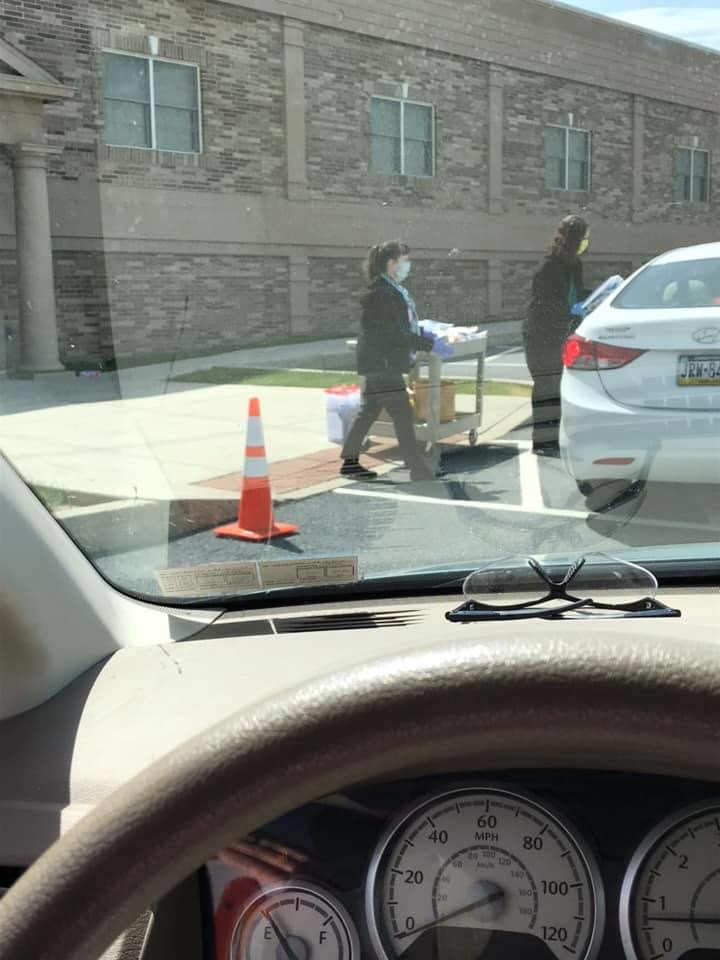 When you actually had to go in to a store there were certain rules everyone should follow. You have to social distance and be six feet apart from everyone.  Highly recommended to wear a mask in public especially in the stores. Going up and down isles certain ways. Only certain  MTO machines allowed to be used. Big plexi glass dividers to keep you and your cashier at a distance. Tape on the floor, people checking you when you come in and out of the store so only a certain amount of people can go in at a time. Limits on dairy, bread, alcohol, and paper products you could purchase. Honestly it was insane! 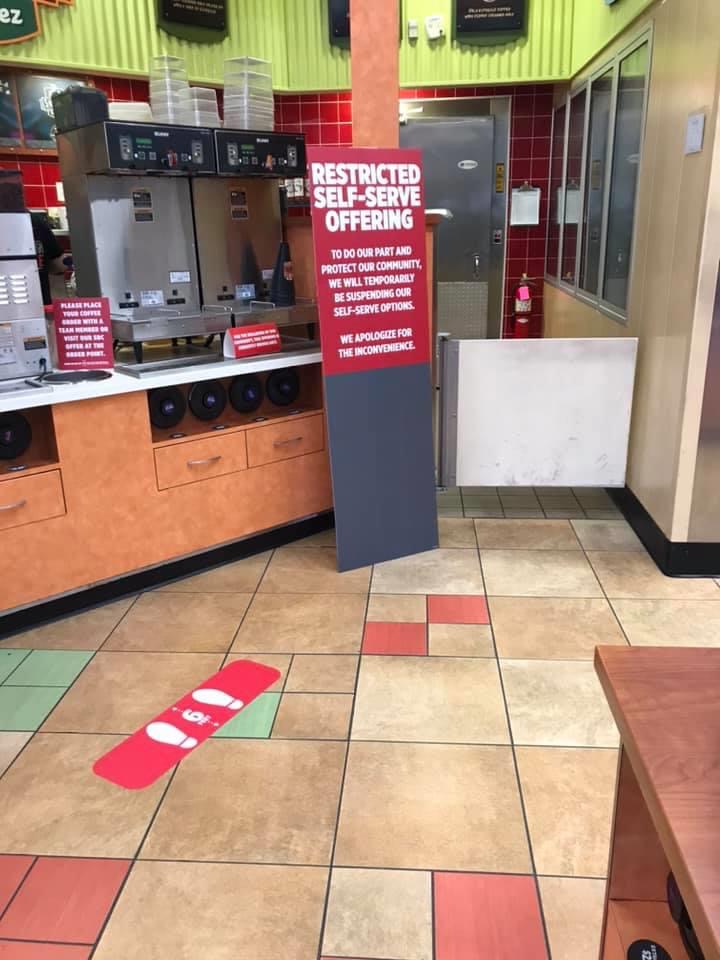 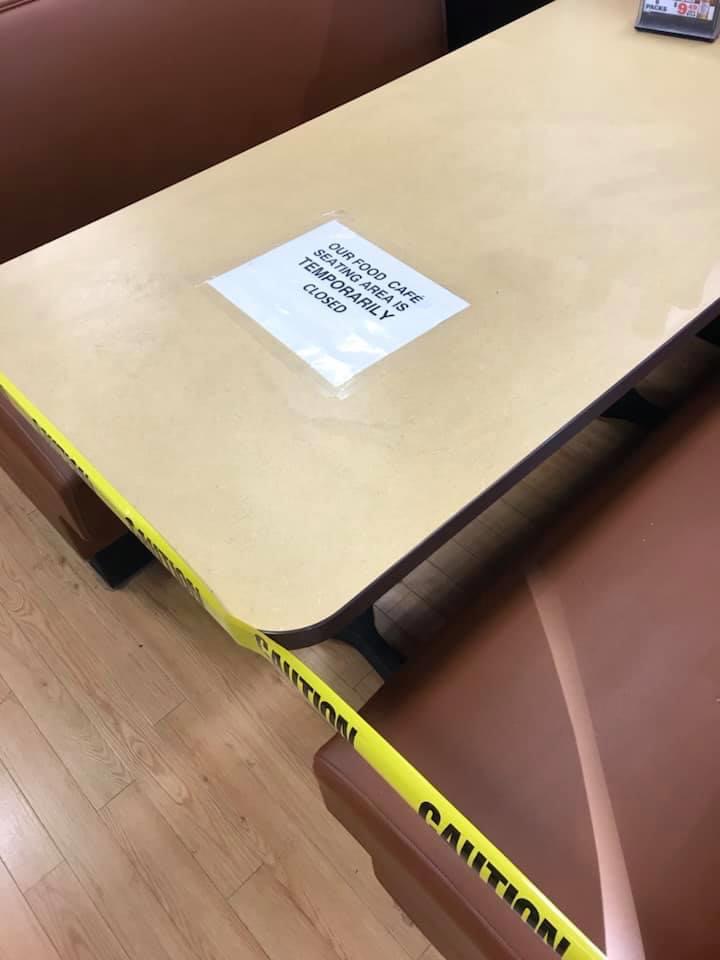 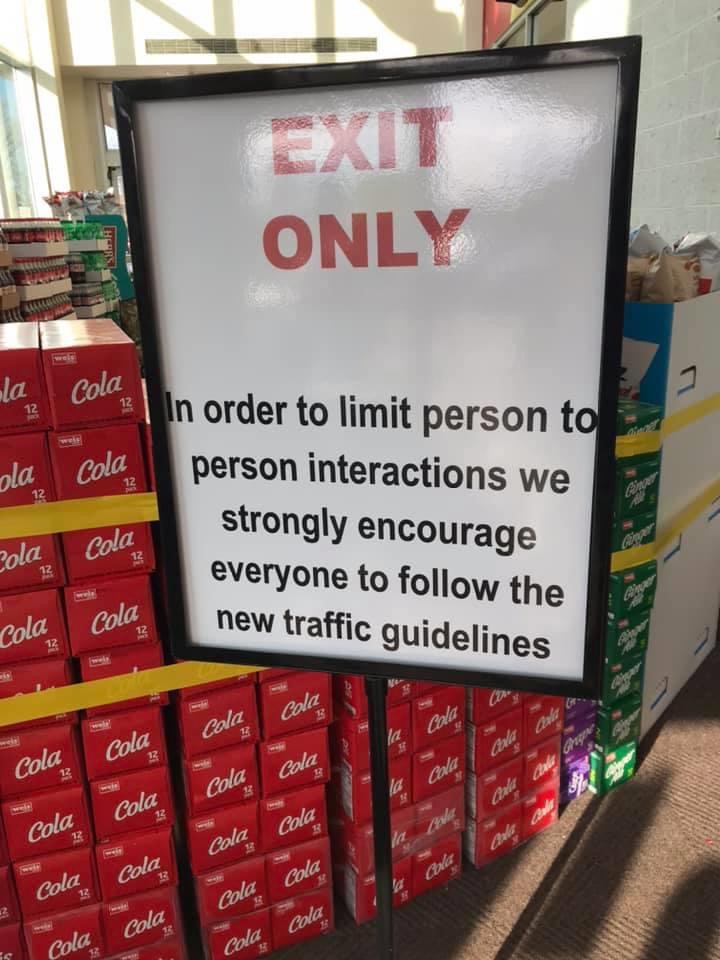 I remember my first time in a store it was sometime in April and I couldnt believe everything I was seeing. It was really weird. I have yet to bring my kids into a store since everything shut down. As things started to mellow out things have started to open up more mainly for curbside delivery. Still unable to sit in restaurants to eat, still unable to sit outside and eat but you can order your favorite food and they will deliver it or you can pick it up. I miss eating in a restaurant 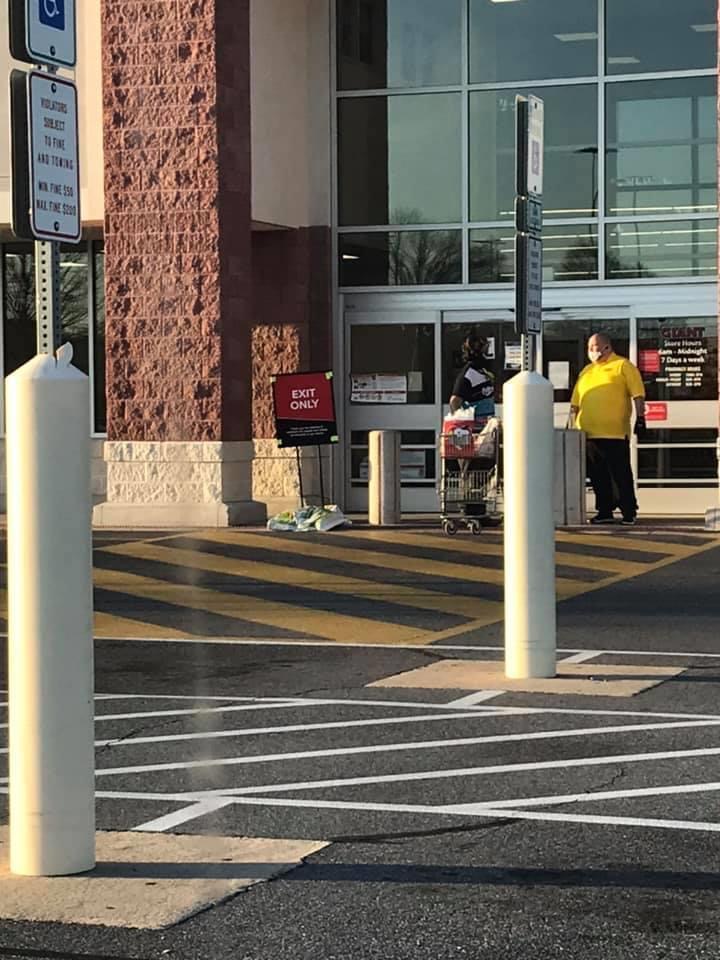 Our Governor decided on a three phase plan to reopen the state similiar to what other states were doing. Red being completely closed, Stay at home order, limit to 10 people in a gathering, recreational activites and schools closed. Only Life sustaining business were allowed to be open. Yellow phase no more than 25 people in a gathering, retail stores can start to open, same with resturants indoor seating, stay at home order lifted, gyms, spas, recreational activitesstill closed, as well as schools. Green phase: no more than 250 at a gathering things can start to open but only at a 50% capacity.

We went into Yellow phase June 5 ( we’ve been shut down since March 16.) Things started to open up, More places were open for eating, you could eat outside if you wanted to (while maintaining a distance,) some indoor eating was open too! Yet, the store rules remained the same. Pennsylvania didnt move to Green phase until July 3rd.

Prior to the shut down I was scheduled for surgery. Like so many others surgery was postponed. Original  date was in April it was postponed until June 8. Prior to going into yellow phase I was told that because of Covid I would have to go through surgery alone. My husband would have to drop me off at the door, and then pick me up the next day. I was going through a major surgery that was quite emotional so knowing my husband wasnt going to be my side was hard. Thankfully, we went into yellow phase a few days before surgery, so kyle was allowed to come with me. The restrictions were still similiar, wear masks, temp checks, symptom checks etc but he could still come with me. I was so thankful I also knew the nurses taking care of me since everyone was masked it was hard to make a good connection, but since i knew them already it helped! Ill write a post on surgery through covid later.

As we move deep into summer things are still a little interestering. The Camp Kyle and I work at didnt happen this year, so its the first year we are home for the entire summer (talk about weird!) The kids and I went to surprise my sister and parents in May by writing in sidewalk chalk in their driveways since we couldnt see them face to face. 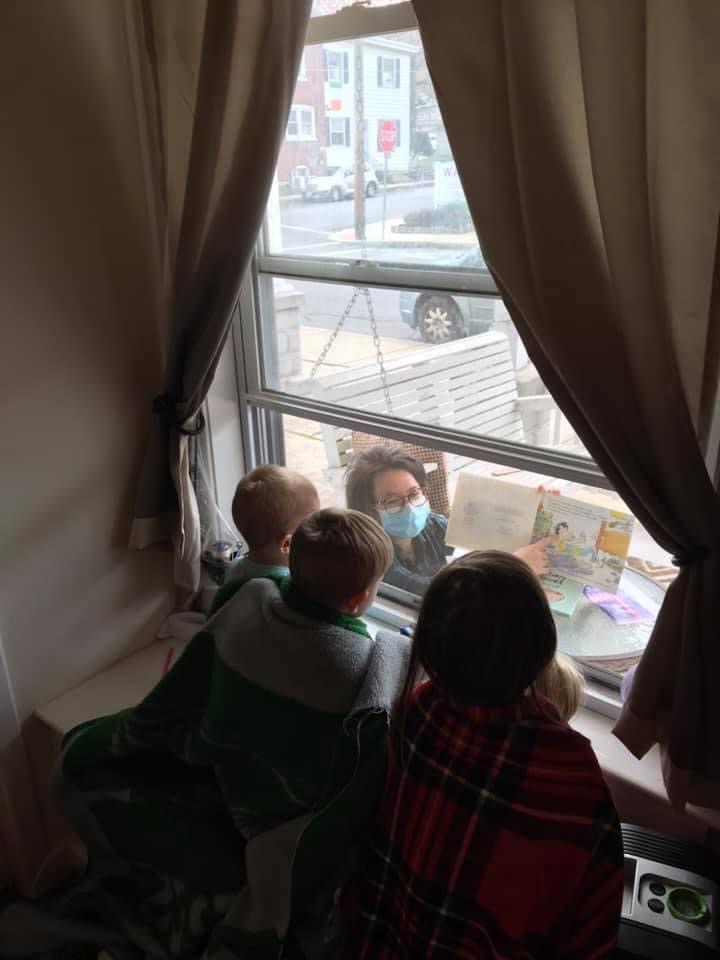 Saw my sister for the first time in July after not seeing her since February. Same with my parents. I am in no way a “hugger” you can ask anyone but it felt so good to hug my family after not being able to for so long.

In all honesty, I am no sure what the future holds. So far both my childrens schools are planning on opening, withe some precautions. Come September who knows what will happen. I know that as a mom it is a hard decision about what to do. Should I send them back, Should I home school? Its a tough decision and I can only pray I make the right one. I love my children more than myself and parenting during a pandemic is a hard one. Trying to explain”the bad cold” as we call it, and explaining how life will always be different from now on. I just hope that as they get older the thing about all the fun we’ve had during this time and know that I did my best to keep things as “normal as possible.