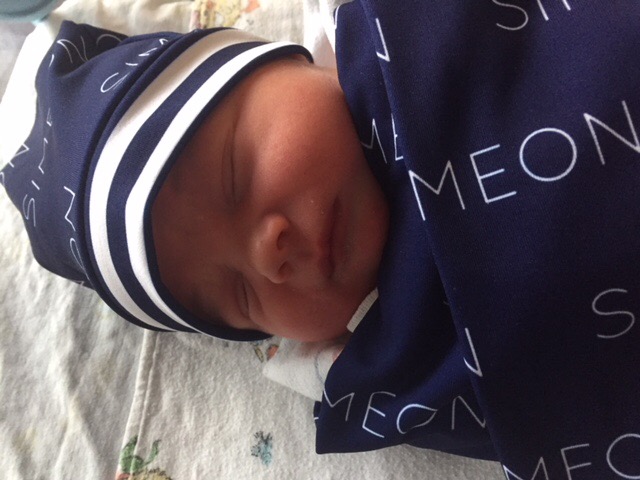 Our third and final Robinson has finally made his entrance and I finally have time to sit down and write his story. Out of all my kids I must say his is the most unique 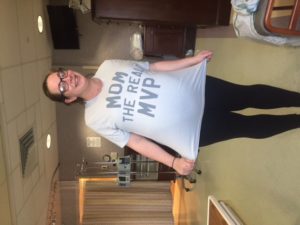 From the second we found out we were pregnant it has been a rough pregnancy. I was the sickest with this baby and chasing around two toddlers while sick was hard! Throughout our pregnancy I was measuring ahead and so was baby. We thought there was a possibility of due dates being messed up. At around 28weeks or so I went to get an extra ultrasound to figure out why I was measuring so big. This ultrasound was difficult and because of what they found I was referred to Maternal Fetal Medicine (MFM) for more detailed ultrasound. They realized I had a lot of fluid and our precious baby had a hole in his or her (we weren’t finding out gender) heart. I was a mess and so nervous for my baby. We got an echocardiogram done on the baby and realized there was infact a hole but they gave us a percentage for it to hopefully close by birth . But of course the hole was a marker for a variety of things we were offered genetic testing but after weighing our options declined the tests.  At that ultrasound we also found out I had a condition called polyhydraminos. Which means I had extra fluid. This fluid could be caused by a chromosome abnormality, gestational diabetes, or I just grow big babies. I took the sugar test again and passed so it wasn’t that.

Since I had extra fluid I had to be monitored very closely. I had Non stress test every four days and ultrasound every week. They were concerned about my fluid getting too high. They talked about my fluid reaching 35cm then baby would need to come out at 37 weeks or whenever my fluid reached that level.  With having polyhydraminos it was scary at times. I talked with a NICU doctor who told me that the team would be there for my csection no matter when it would happen. We went over all the tests that would be performed on the baby and what everything meant as far as if baby would need nicu stay or not. Towards the end I was having a ton of contractions but because of the fluid I couldn’t dilate. It was painful and frustrating. Talking with my doctor we were all concerned about my water breaking, again because there was so much, there were some pretty serious complications that could happen if it broke. I’ll spare the details but I am so glad it didn’t break. 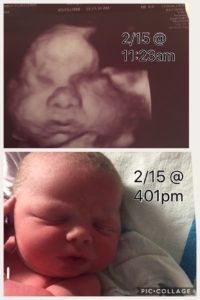 Each week I went for my ultrasound excited to see my baby but frustrated that my body was being so weird. I was getting ready for my 37week MFM appointment and was super uncomfortable since I was as contracting all night and to be honest I didn’t feel like going. I knew nothing would come from this appointment other then the “here’s a picture of your baby see you next week” so I made plans for that night. I got to the appointment and was talking nonchalantly with the tech as she measured my water. It was 37cm. She said she would go talk to the doctor and be back. A few minutes go by and I was thinking I’ll probably have to come back next week or tomorrow to see if it comes down when the doctor walked in. She asks how soon I can get to the hospital I asked for what she said to have your baby. I was shocked, it was time to go have my baby like today right now I need to go now. I called my husband and told him we had to be at the hospital within two hours. I rushed home to make sure my bags were ready, my house was ready, the kids were ready. So much to do with zero time. We arrived at the hospital a little before 1pm and started the preop. I was nervous and about an hour later it all hit me what was happening. I was nervous since that day we would find out not only the gender of our baby but if there would be any complications with our newest little one.

My nurses were amazing and helped me process/get my mind off what was to come. An hour later I was being wheeled into surgery. At 401pm a screaming  9lbs 10oz baby boy was born. My second son, my Simeon. 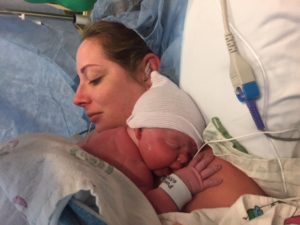 The Nicu team was in the OR as previously discussed and as soon as they ran their tests he was all mine. First skin to skin was amazing and I got to hold him while being wheeled to recovery.  In recovery he latched beautifully and after a few other tests he was perfect! No signs of a hole, no signs of anything we were worried about while he was inside.   Our hospital recovery was a breeze and we were discharged 48hrs after his birth. 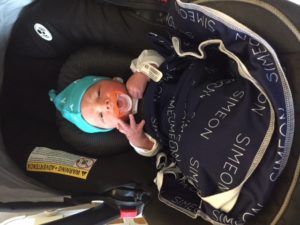 Since being home we have had some struggles since he was born at 37weeks. We’ve struggled with Jaundice, and sleeping.  When he was a week old we received a call that he possibly had hypothyroidism. Thankfully the test showed he did not have it but he did have high bilirubin. After two weeks of blood draws and being on what’s called a biliblanket we are hopefully finished with it. 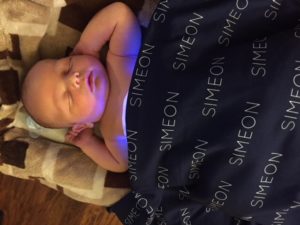 Simeon must have known he was my last baby but boy is he worth it. He completes our family and I am so blessed I get to be this cuties mom. In case you are wondering big sister and brother adore him as well 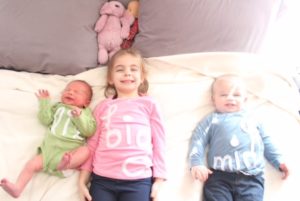 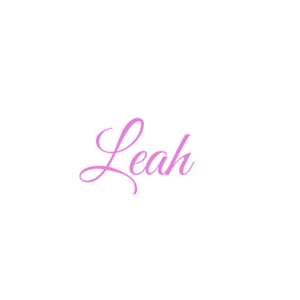 3 thoughts on “The Story of Simeon Isaac”